Ali Drew: ‘I Started a Business to Spend More Time With My Dog’

Ali Drew likes to keep busy. A former reality TV star (you might recognise her from MTV’s ‘Ex on the Beach 3’), she’s travelled the world presenting and modelling, but her home is Wales and that’s where she runs her pet fashion business, Animal Attire from.

Inspired by her dog, Bryan, who is a social media star and canine model, Ali launched her pet business to spend more time with her best friend, who she says is her world.

Ali caught up with K9 Magazine to tell us more.

Hi Ali! Thanks for taking the time to chat with us today. Bryan’s a Miniature Dachshund, isn’t he?

Hi! Yes, he is. He’s such a little character.

How old is he?

Is he your first dog?

He is, although we’ve always had family dogs and my parents still have a Boxer called Kyla. When I moved out of home I went to University, so I couldn’t have a dog but really missed having one.

Now it’s just me and him at home and wherever I go, he goes too. If I go into the garden, he follows me. If I want to have a nap, he’ll have one next to me.

He literally does whatever I do, it’s really sweet (laughs). 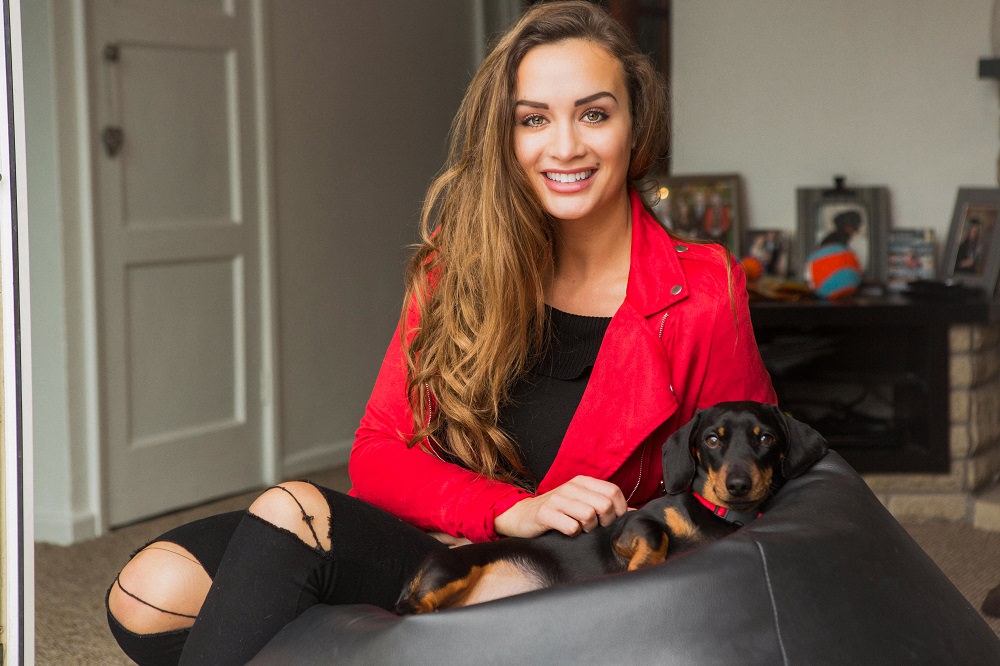 What made you choose a Miniature Dachshund?

Well, I grew up around big dogs, Rottweilers, Dobermans, St Bernards and Boxers, but when I knew I was able to get my own dog, I lived in a flat so couldn’t have a big dog, so I started researching dog breeds.

I wanted a little dog that had the toughness of a big dog and Miniature Dachshunds look like mini-Dobermans, don’t they? I had Dobermans when I was little and they just appeal to me. Bryan definitely has the personality of a big dog (laughs).

How do Bryan and Kyla get on? I know I’ve seen some photos of them together on his Instagram page.

Really well. My parents always look after Bryan if I’m away, so they’ve spent lots of time together over the years.

At first, we weren’t sure how they’d get on because Boxers are known to be quite excitable and jumpy aren’t they and he’s obviously a lot smaller than her and was quite small as a puppy, but she’s so gentle with him.

When they’re playing she lies down on the floor so she’s the same level as him and he’ll take toys or chews from her, he’ll literally just take it from in between her paws and she just lets him.

He’ll even take her food. When they’re eating their bowls are next to each other and if he decides he fancies her food, he just manoeuvres his little face under hers and into her bowl. She’s so nice and so, so gentle. She’s such a good girl.

What made the time right two years ago to start thinking about getting a dog?

Well, I’d done ‘Ex on the Beach’ and for a while, I was travelling about a lot for modelling work, but I wanted to feel more settled and buy a house, which I did, so at the time when I got Bryan, it felt like it was the right time.

I knew I had the right amount of time to dedicate to him whereas before when I was travelling about a lot, I knew it wasn’t the right time and it wouldn’t have been fair to have a dog.

Now, I know he can come with me to all of my jobs so it’s really good. Being a personal trainer, he comes with me to the gym and I still do modelling, so he comes to shoots with me too.

That sounds brilliant. And of course, you have your animal clothing business too, tell us about that.

What came first to kickstart Animal Attire – Bryan’s social media following, which is pretty huge, or the business idea itself?

Well, I’ve been obsessed with dogs since I was little, so when I got Bryan I thought ‘I need to do something working with dogs’ because dogs make you happy, don’t they, you’re never sad when you’re around them, so getting Bryan kickstarted that idea again really.

But I thought I’d got to find something where I can make some money at the same time as spending 24/7 with him because I just wanted to spend all of my time with him (laughs).

Before I launched Animal Attire, I used to share photos of him wearing different things and people would always ask where I’d got them from, so I thought ‘actually, I’ve got some good ideas for clothes too’ and it literally started there.

Have you heard about…? 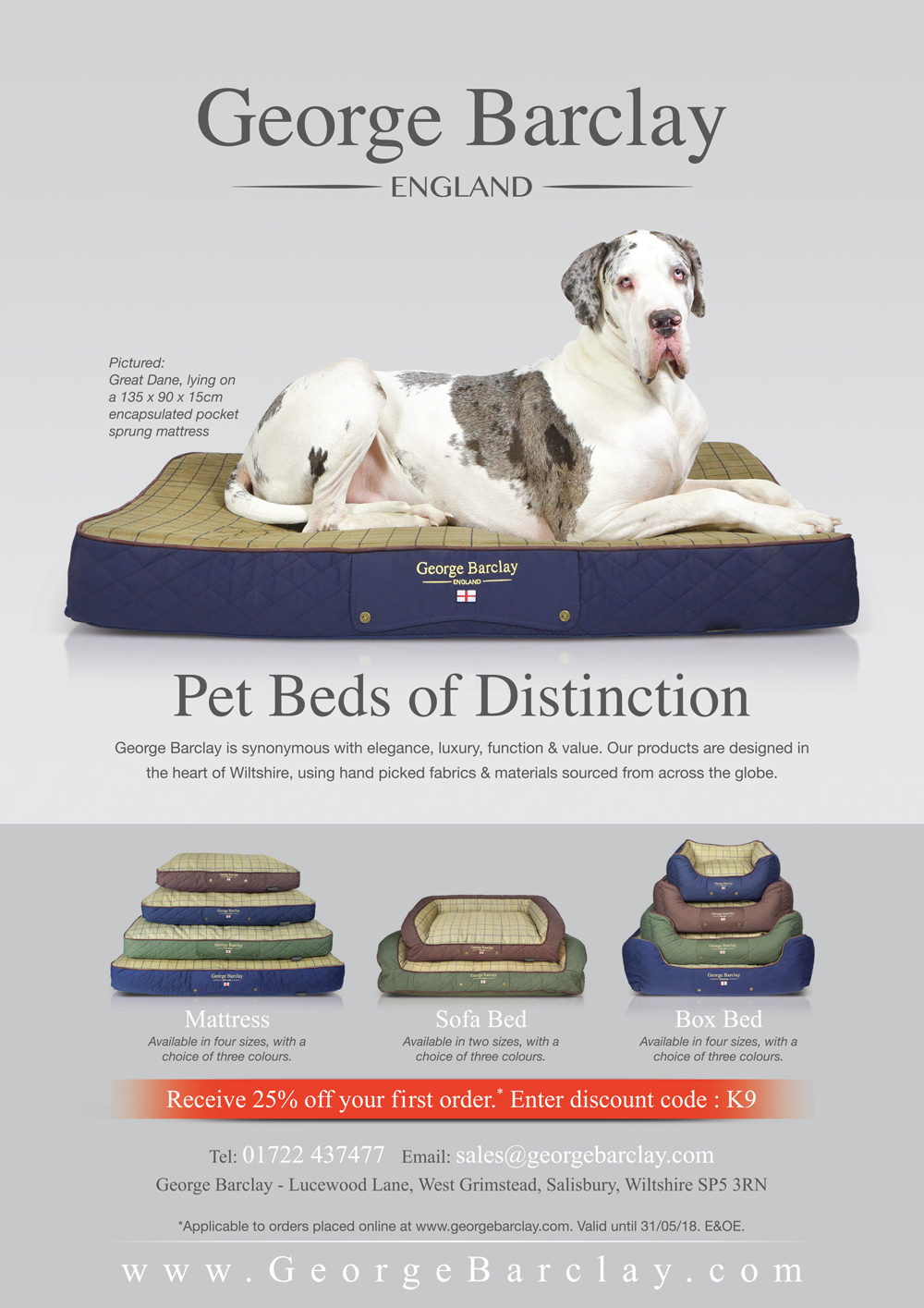 Ah ok, so it all stems from wanting to spend time with Bryan?

(Laughs) Yes, exactly. It’s all gone from there and it’s going really well.

That’s great! You have some really great products – we particularly love the old rocker denim shirt. How much of what you stock are your own designs?

Thank you. I have a couple in stock on the website just now and the rest are from manufacturers I work with, but we’re manufacturing more of my own designs right now.

So, Bryan’s social media wasn’t the catalyst for Animal Attire then but it has earned him some modelling campaigns with TK Maxx and Next, you must be a proud mum.

(Laughs) I am. I never had a plan that it would develop how it has, but the modelling work has definitely come as a result of it.

At first, I wasn’t really sure about setting his Instagram account up and whether I had time to run it as well as my own, but I was taking so many photos of him that I did it and it just grew in popularity.

What’s the best thing about being Bryan’s mum?

I would say the best thing is his company. It’s just us at home, we’re a team, I might sound mad but I talk to him and I never feel alone.

He’s my best friend. If I’m ever feeling down, he’s always there. If I’m happy, he’s experiencing that with me too.

People always say to me ‘why do you take him everywhere?’ but if I’m not there with him, I know he sits waiting for me, he relies on me, so I want him to be as much a part of my life as possible because he makes me happy.

That’s my theory on it anyway (laughs).

You mentioned one of the main reasons for getting Bryan when you did was that you were more settled. Would this mean you’d rule out doing any more reality TV?

I don’t think I’d do one that took me away for two or three months though, I wouldn’t want to be away from Bryan for that long (laughs).

Ok, so for this question, we normally ask our celebs to match up the following star’s personality to a breed of dog. But we’re going to switch it around this time, so based on personalities alone, which famous people come to mind when you see these breeds of dog…

Nicola Adams – I’ve met Nicola a few times because I’m a ring girl for Frank Warren (the boxing promoter) who she’s signed to, so I’d say a Dachshund. Like them, she’s very small and cute but very fierce and she can’t be beaten.

Dachshunds are small but very stubborn and fierce so if they’ve decided to do something, they’re doing it.

Paul O’Grady – I would say he’d be a Labrador. He seems like a really nice guy. Like him, Labradors are loveable and cuddly and everyone loves them.

Emma Willis – I would say a Poodle. She’s incredible looking, statuesque and classy and I think Poodles have the same qualities.

Gareth Bale – I think he’d be a Great Dane – so tall and slim.

With the same logic in mind, if you were a dog breed what would you be?

I think I’d be a Boxer. I’ve got loads of energy and am always on the move, I’m quite excitable too. Boxers are always jumping around, aren’t they and they’re happy to meet anyone, so I’d say I’d be a Boxer (laughs).

Tell us about the last time you laughed out loud because of something you saw Bryan or another dog do.

He has a bed in the bedroom that he’s meant to sleep in, but he always ends up squirming into my bed and under the duvet and he when morning comes, he just doesn’t want to get up so I always end up having to carry him to take him outside.

It’s so funny, I’ve never known a dog who doesn’t want to get up (laughs). It’s so bizarre and what makes it even funnier is that he’ll do whatever outside and before I’ve even shut the door he’s run back upstairs and he’s under the duvet again.

It’s like he’s never ready to get up, I know that feeling (laughs).

What is one thing that people would be surprised to know about you?

I used to be an international runner and I’ve run the London marathon. I mean maybe people will know that about me because I do personal training but people might not know that I used to compete as well.

Ah, ok. What led you from competing to personal training?

Do you have a bucket list? If so, what’s on it? If Bryan had a bucket list, what do you think would be on his?

(Laughs) To be honest, I do most of the stuff that I want to, so my bucket list really is more about my business. It has things on it like wanting to turn over a million pounds, for example, rather than adrenaline stuff because I do most of that kind of stuff as and when I want to.

Bryan’s would revolve around sleeping I think, although I’ve just got his passport so I guess it might involve travelling and visiting a few different places too. I’m just working out the best places to visit just now.

What do you think is the most important life lesson that we can learn from dogs?

They love unconditionally. I’ve not got kids, so I’ve not experienced it as such, although I imagine it’s similar.

You gain so much growing up and having a dog, don’t you? They teach you so much.

You definitely learn something very special if you grow up around a dog, don’t you?

Definitely. You learn to be responsible for someone else, don’t you?

Finish the following sentence, my dog is…

My dog is my best friend!

And finally, this is always a tough question so you might want to think about it for a while, but if Bryan had the ability to speak and answer one question and one question only, what would you ask him and what do you think he’d say?

I’d love to know what he’s thinking all of the time so I’d find it hard to ask him just one question.

And I imagine he’d say sleeping next to me (laughs). 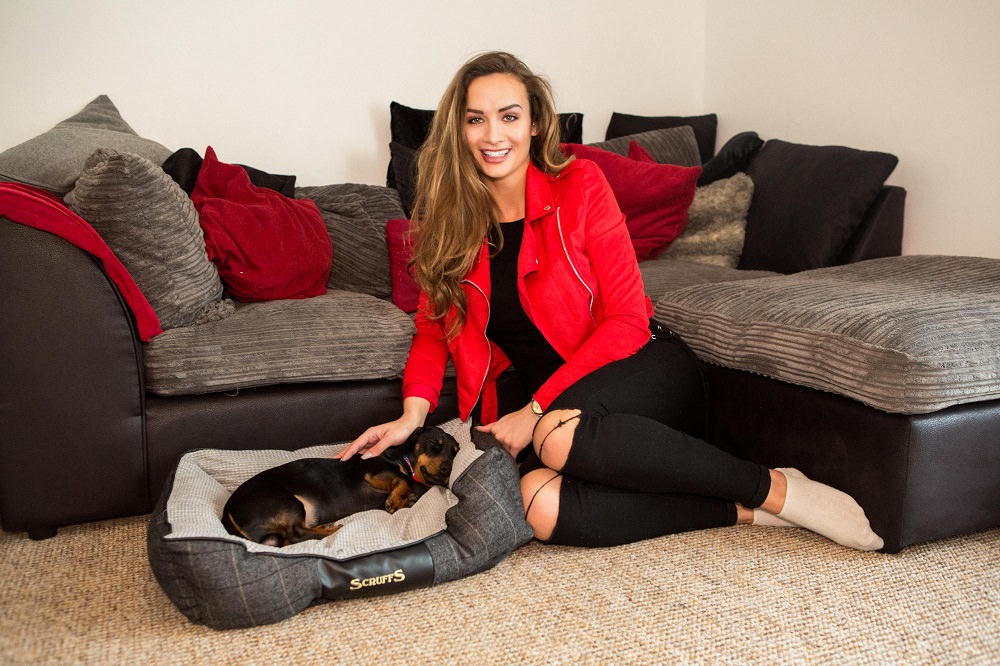